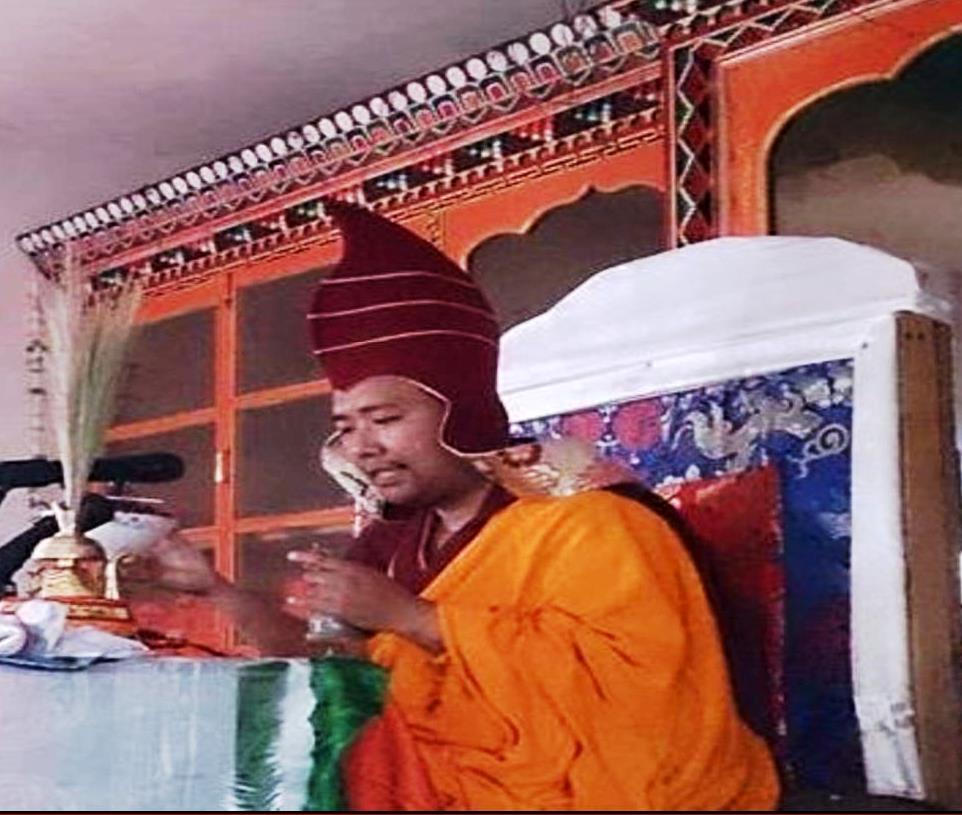 TULKU NGAWANG JIGDRAL RINPOCHE (born  Pemba  Sherpa,  in  1982)  is  the Nyingmapa  Tulku  from  the  beautiful Sherpas’ land  in  the  Himalayan  Region – the hidden beyul of Padmasambhava.  He is the 3rd reincarnation of previous Gomchen Rinpoche (Sangay  Yeshey)  – the  yogi  lama  from Eastern  Tibet,  Kham,  who  was  renowned  for  his  accomplishments  in meditation practices.

His  Holiness Trulshik  Rinpoche has  bestowed  the  dharma  name  for Rinpoche, which means “Fearless of Samsara Powerful Speech”. At the age of  10,  Rinpoche  has  moved  with  his  family  back  to  Solukhumbu  (where originally they were from) and has entered the Sherpa Buddhist School for young  lamas  at  Phongmoche  Monastery.  After  the  graduation  in  1999, with  brilliant  marks,  he  was  invited  to  study  at  the  renowned Taktse Nyingma  Institutein   Sikkim   (India),   where   he   has   completed  his M.A. studies in Buddhist Philosophy at 2008, being awarded with Acharya Certificate.  Rinpoche has also successfully completed a 3-year meditation retreat, from 2011-2015.

The distinctive feature of Ngawang Rinpoche’s nature is his tireless dedicative wish to work for the benefit of all sentient beings, enacted by amazing display of his unmatched by age wisdom and limitless loving compassion.