Introduction to the Kagyu Lineage

A Brief History of the Drikung Kagyu Lineage of Tibetan Buddhism

The Kagyu (bka’ brgyud) lineage is sometimes referred to as the “lineage of oral-instructions”. The “Ka” (bka’) of Kagyu refers to the authoritative instructions, precepts or words (Skt. vacana) of the Buddha while “gyu” (brgyud) is the uninterrupted lineage of masters and students. The founder of the Kagyu lineage was the Mahasiddha Tilopa (988-1069), who lived in Northern India. He is considered having received a direct transmission from the primordial Buddha Vajradhara. In this context the Kagyu lineage has originated from the very essence of reality itself and thus transcends all space and time. Viewed from another level of understanding he also had human teachers, from whom he received four special transmissions, The Four Oral Instructions (bka’ babs bzhi) for which he became the lineage holder. Some etymologies of the name “Kagyu” consider it as a abbreviation of Lineage of Four Oral Instructions (bka’ babs bzhi brgyud pa). When Tilopa’s transmission is linked directly to Vajradhara, it is called the “direct transmission” but when it is traced to his human teachers, it is referred to as the “indirect transmission.”

Although there is some discrepancy in historical sources regarding the identities of the yoga masters associated with each of the four transmissions, the most common consensus indicates that their origins are as follows: the first of the four came from Lopon Ludrub (slob dpon klu sgrub, Skt. Acarya Nagarjuna) and consists of two tantras, the “Sangwa Dupa” Tantra (gsang ba dus pa, Skt. Guhasamaja) and the tantra called “Denshi” (gden bzhi). This transmission also incorporates the practices called “Illusory Body” (sgyu lus, Skt. Mayadeva) and “Transference” (pho ba, Skt. Samkranti). The second special transmission came from Nakpo Chopa (nag po spyod pa). It includes the tantra called “Gyuma Chenpo” (sgyu ma chen po, Skt. Mahamaya) and the practice called “Conscious Dreaming” (rmi lam, Skt: Svapna). The third special transmission came from Lawapa (la ba pa) and is called “Demchok” or, alternatively, “Khorlo Dompa” (bde mchog, khor lo sdompa, Skt. Chakrasamvara), and the practice called “Clear Light” (odgsal, Skt. Prabhasvara). The fourth was transmitted from Khandro Kalpa Sangmo (mkha gro bskal pa bzangmo) and includes the tantra known as “Gyepa Dorje” (dgyes pa rdo rje, Skt. Hevajra) and the practice called “Tumo” (gtum mo, Skt. Candali). These transmissions form the core of the precepts and secret instructions of the Kagyu lineage that is transmitted from generation to generation, uninterrupted from master to disciples. The contents of the Four Oral Instructions include both the path of means and the path of liberation.

These teachings were passed from Tilopa to his disciple, the Mahasiddha Naropa (1016–1100) and they were systematized as the Six Yogas of Naropa, meditations that are considered an essential teaching of the Kagyu lineage. Naropa transmitted his knowledge to Marpa Chökyi Lodrö (1012–1097), the great translator, who journeyed from Tibet to India in order to receive instructions and who subsequently returned to Tibet and spread the teachings of the Dharma widely.

Marpa’s most important disciple was Jetsun Milarepa (1040-1123). He became one of Tibet’s great yogis. His life story, beginning with difficult circumstances due to his father’s early death, his vengeance upon his dishonest aunt and uncle, and his subsequent regret which led to an earnest desire to enter the way of the Dharma, is widely known among Tibetans. Through his perseverance and ability to accept all circumstances which he met, he achieved profound realization of the ultimate nature of reality. His teachings are recorded in the 100,000 songs of Milarepa and other collections.

Milarepa’s teachings were carried on by Gampopa (1079-1153), also known as Dakpo Lhaje, the physician from Dakpo. He first studied under the Kadampa tradition, which is a gradual and systematic path. At a later age, he met Milarepa and practicing under him received and realized the true meaning of the complete teachings. Since that time, the lineage has been known as the Dakpo Kagyu. It is from Gampopa that the first Kagyu schools originated: the Karma Kagyu, Tselpa Kagyu, Barom Kagyu, and Phagdru Kagyu.

The founder of the Phagdru Kagyu was Phagmodrupa Dorje Gyalpo (1110–1170), one of Gampopa’s most important disciples. His own lineage died out as a religious institution, while his clan played an important role in the country’s secular governance in the ensuing epoch. Phagmodrupa’s main disciples founded their own lineages, of which only three are still extant: the Drikung Kagyu, Taklung Kagyu, and Drukpa Kagyu. 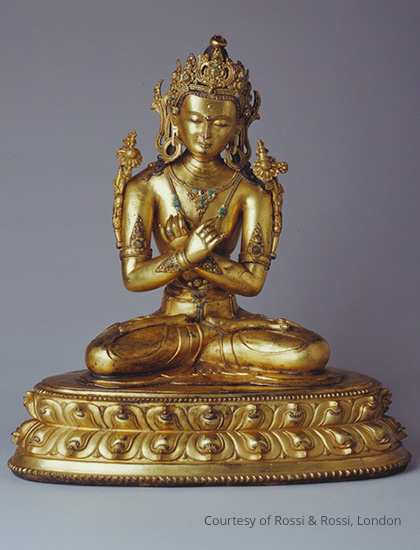 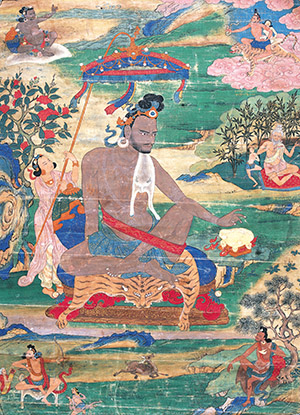 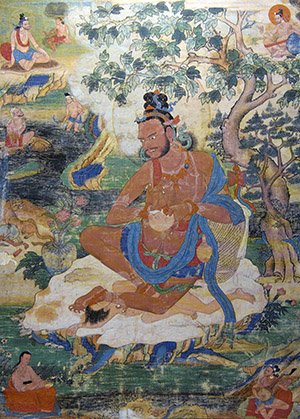