Venerable Dong Yonden Gyatso is one of the most respected modern scholars and public educators in eastern Tibet.  He is a prolific writer and experienced practitioner in areas such as educational reform and culturally relevant teachings methods in Tibet. Dong Yonden Gyatso has traveled throughout Tibetan areas, China, and overseas talking to educators at all levels about the importance of preserving Tibetan language, culture, and tradition in education.

Dong Yonden Gyatso is vice principal and curriculum developer of the largest private, tuition-free Tibetan school in China. The school was established in 1994 in eastern Tibet out of a desire to make education accessible to rural Tibetan children, logistically as well as through curricular content and pedagogical methods. The curriculum is unique because it integrates traditional Tibetan topics such as Buddhist logic and debating, Tibetan classics, Tibetan medicine, and thangka painting into the national standard curriculum. Rural schools for both boys and girls enroll over 1600 students, and to date they have had over 1,400 graduates. Of these graduates, almost 500 have gone on to university, and over 400 have become Tibetan educators themselves. 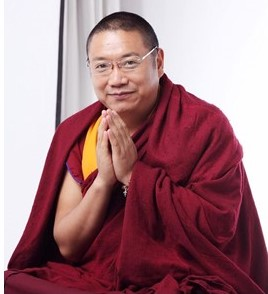