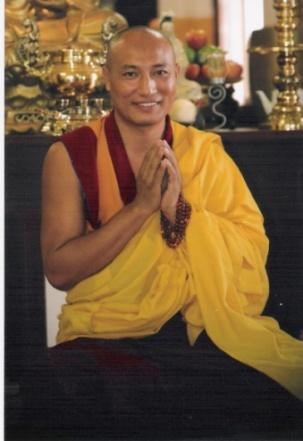 There were sixteen (16) renowned Arhats in India. The Neten Rinpoche’s lineage can be traced back to the 11th Arhat named Lam Tran Ten Pharpha LamChung (Sanskrit name is ChudaPantaka), who was reincarnated many times in both India and Tibet as a Mahasiddha Bodhisattva and Tsangchung Sangye Pasang, a disciple of the Great Lama Je Tsongkhapa.

Tulku Neten Rinpoche secured the highest Geshe Lharampa Degree (Ph.D in Buddhist Sutra Studies) and, soon afterwards, he joined the Gyumed Tantric Monastery for higher Tantric studies. After four years of strenuous studies and practice, he appeared for the final examination in the presence of His Holiness the Dalai Lama and Abbots of Gyumed and other monasteries. He then received the advanced degree of Ngagrampa (highest degree in Studies of Tantra) and accepted the position of Discipline Master at the Gyumed Tantric Monastery. Later he went back and taught Dharma to sanghas at the SeraMey Monastic University.