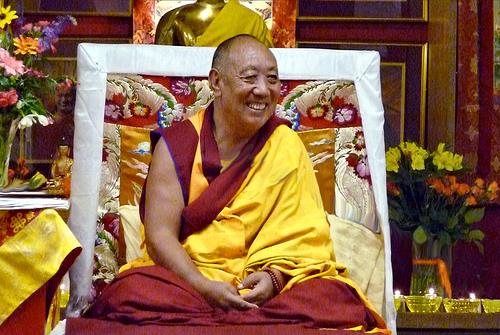 KHEN RINPOCHE JETSUN LOBSANG DELEK was born in Tibet in 1939. At age 7, he was ordained as a Buddhist monk at his native Karze Monastery and later joined Sera Jey Monastery in Lhasa, Tibet. In 1959, he took refuge in India after following His Holiness the Dalai Lama. He continued his study and received Geshe Lharampa Degree (Ph. D. in Buddhist Philosophy) in 1987 at Sera Jey Monastery. In 2005, Khen Rinpoche was appointed as Abbot of Gyudmey Tantric Monastery by His Holiness Dalai Lama and completed his tenure in 2008. In 2011, he was appointed as the Abbot of Sed Gyud Monastery.