Six monks from Tashi Kyil Monastery in Dehra Dun, India tour the USA to educate the public about the culture and Buddhist religion of Tibet. 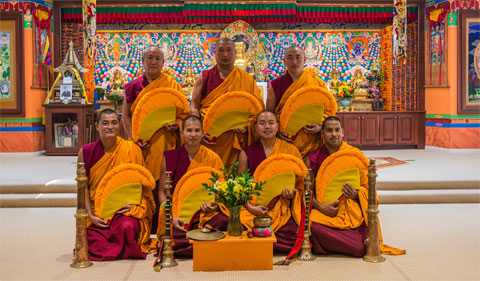