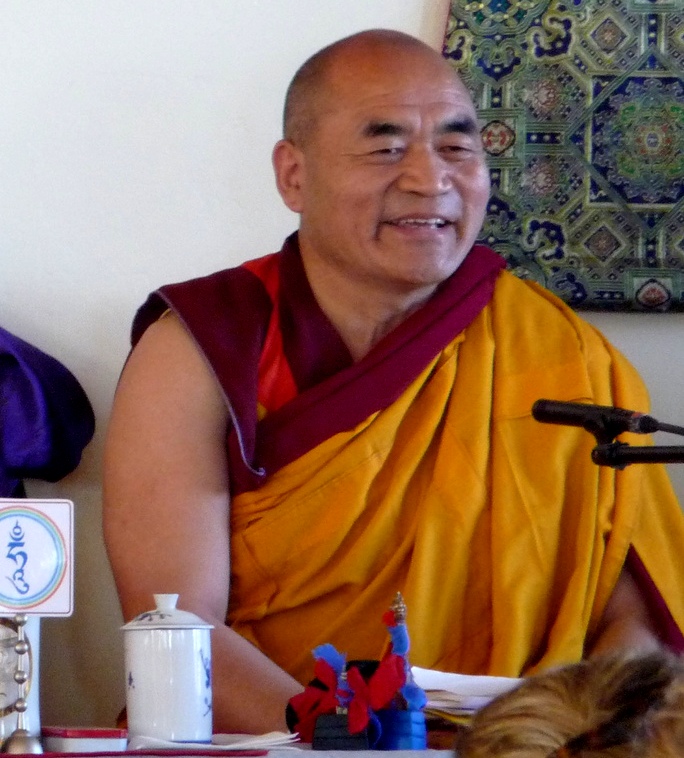 circumstantial conditions, meaning that one should have a situation for meditation that doesn’t provoke the afflictive emotions of attachment, aversion, or ignorance. If we don’t have a situation of favorable conditions to meditate in, then we’ll have many distractions that can disrupt our practice. If there are certain conditions that provoke the negative emotions of attachment, aversion, or ignorance, then we will have difficulty finding any progress in our meditation. So, to begin with, in order to have successful calm abiding or shamatha meditation, in the beginning we have to rely on outer circumstances that are favorable to the meditation.
So part of this involves practicing the preliminaries that come before the preliminaries. So that means [we do] whatever we have to do before we sit down on the cushion, whatever preliminary activities we may have to do – if we have to close the door, or open a window, arrange offerings, or change into comfortable clothes. Whatever preparations we need to make for our meditation practice should be done before we actually sit down on the cushion and begin our meditation, so our meditation is not disrupted once we have already sat down. So these are the preliminaries that precede the preliminaries – the preliminaries concerning the preparation for our meditation practice before we sit down to meditate.
Then once one has done whatever outer preliminaries that need to be established before the meditation, when one actually sits down to engage in the meditation, there are the preliminaries of sitting in the appropriate posture, expelling the stale breath, and so forth. So sitting in the correct posture means sitting in the seven-point posture of Vairochana—one’s spine should be completely straight, and one’s feet should be crossed in the lotus position. If one can’t sit in the lotus position, then that’s okay, just whatever [is] comfortable – half-lotus, or a comfortable position like the one we are sitting in now. And then one’s body should be relaxed, not too tight. One’s hands can be either resting on one’s knees or placed in the gesture of meditative equipoise with one hand resting on top of the other. Rinpoche says most of you are probably familiar with the seven-point posture of Vairochana, so particularly the most important is that the back is totally straight, the chin is tilted slightly down, the tongue is resting on the palate of one’s mouth, the navel is gently tucked slightly in and up, and the eyes are gazing down towards the tip of one’s nose.
The benefit of sitting in the seven point posture of Vairochana, is that if the abode of the body is straight, then the channels are straight without any sort of blockages. Then if the channels are straight, then the winds move freely throughout the channels. If the winds are not obstructed or contorted in any way, then the mind has the ability to settle more easily. The mind can establish proper meditation of calm one-pointed focus, without the faults of torpor or sleepiness or agitation. This seven-point posture of Vairochana can really help to achieve the proper abiding of the mind. Also, the seven-point posture of Vairochana helps to purify the obscurations accumulated through the door of the body, or the physical obscurations.

A River That Cannot Be Frozen