The Drikung Kagyu is called the “blessing lineage”, faith and devotion to the guru is considered to be the most important. 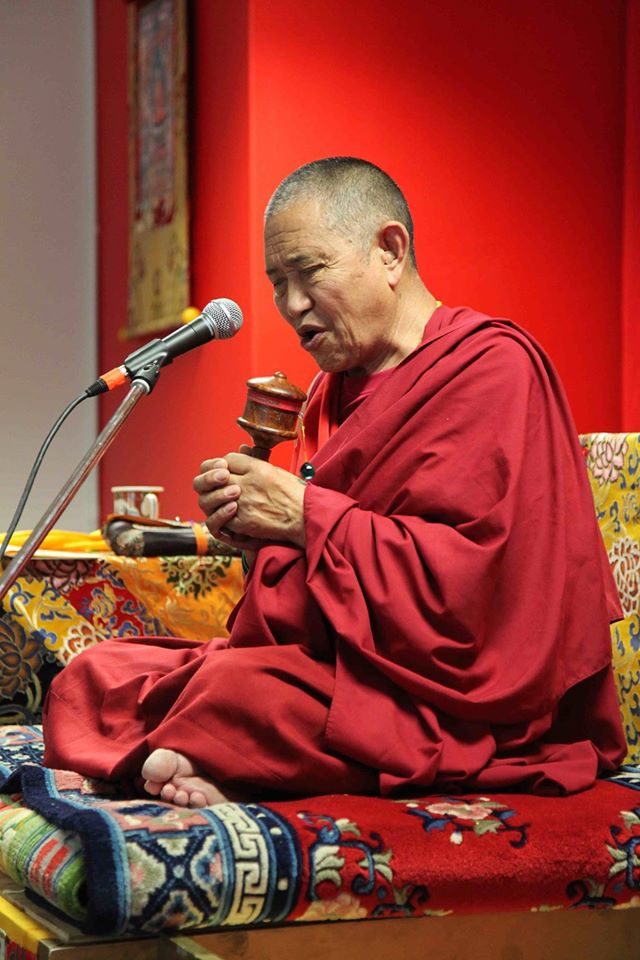 Through guru devotion, it is possible that we can gain liberation in a single life time with a single body. It is said that depending on the compassion of the guru and the devotion of the disciple, realization is transmitted from one mind-stream to another mind-stream. That is called the blessing linage. — Garchen Rinpoche
That is because samsara and nirvana have the same ground, a single ground, and the guru has gained realization free of any doubt. When the disciple has clear faith and free of doubt, the transmission begins to flow.

“If you keep that clear in your mind then in the future whatever path you engage in, whatever teachings you receive, it is all contained within these five levels of the path.  There may be a slight variation of different lineage gurus and the visualization of the refuge tree, but it really all comes down to that meaning.  As it is said, the wisdom of expanse of all the Buddhas is a single one, and from that perspective there is no distinction between the different philosophical lineages.  It is very important that we give rise to a pure view free from any bias towards any system or linage.”  — Garchen Rinpoche
After we cultivate bodhichitta, we meditate on the Yidam Deity and through this practice we realize the nature of the external universe and the sentient beings in it.  We meditate on the devotion to the guru (guru yoga).
After that then we engage in the practice of Mahamudra, the ultimate truth.  Through which we will be able to see the nature of mind as it is.  In another word, to see reality as it is.  At the end we seal it with dedication.
In the Nyingma tradition we may call it Dzogchen, in the Kagyu tradition we may call it Mahamudra, in the scholarly tradition we may called it Madhyamaka or the Middle way in the sutra tradition we may call it Shamatha and Vispashyana.
From the perspective of the practice, when you just engage in a practice of one single session for one hour, five-fold-path must be completely contained with in this one hour of practice.  All practice must begin with taking refuge, altruistic mind generation, Yidam Deity, Guru Yoga, Mahamudra and seal with dedication.  What ever we do, even with just one single mani mantra, the five-fold-path must also be contained.

Permissions and Prohibitions: Their Mode of Abiding.Do what is important
Scroll to top
Donate to Drikung Dharma Surya Center